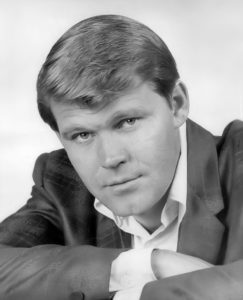 Award winning musician, Glen Campbell passed away on August 8, 2017 after a six year battle with Alzheimer’s disease. After announcing his diagnosis in June of 2011, Campbell went on to advocate for Alzheimer’s treatments. The popular entertainer went on a final farewell tour in 2012 and recorded his last album in 2013 while struggling with the disease. He shared his journey with Alzheimer’s disease in the 2014 documentary entitled, “Glen Campbell … I’ll Be Me”.

His decision to publicly share his story helped shed some of the stigma associated with the disease. Harry Johns, president and CEO of the Alzheimer’s Association wrote, “Glen and his family helped to bring Alzheimer’s out of the shadows and into the spotlight with openness and honesty that has rallied people to take action on behalf of the cause. In this spirit, we will continue to work aggressively to pursue greater awareness, provide support to families, and accelerate research to slow, stop and ultimately cure Alzheimer’s disease.”